Beraca is committed to continuous improvement of our products and services. Our main goal is to add value to our stakeholders and support their projects effectively through innovation and sustainability.

We are regularly audited by internationally recognized organizations that ensure our business is operating responsibly and ethically while contributing positively to the environment and the community. 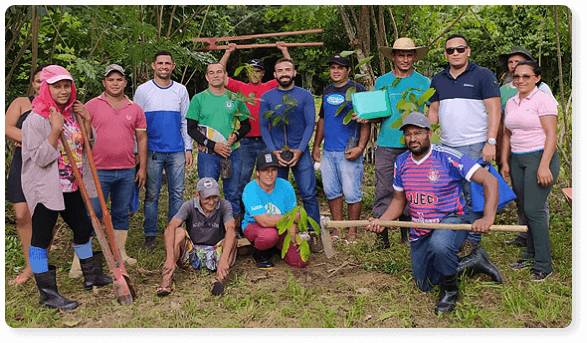 Non-profit organization that aims to facilitate social transformation among vulnerable communities and, through access to differentiated markets, activate sustainable local economies that guarantee the conservation and restoration of the environment, culture and social well-being.

Collective action platform, led by the private sector, which seeks to build innovative solutions for sustainable development, conservation of biodiversity, forests and natural resources in the Amazon.

Team that works to boost the business ecosystem in Brazil, especially in the Amazon, with the mission of accelerating the transition to a low carbon economy, promoting regional prosperity and increasing environmental resilience.

The Sustainable Development Goals (SDGs) are part of a world agenda adopted by all United Nations Member States in 2015 and are composed of 17 objectives and 169 minor goals to reach until 2030. The actions are focused on social, environmental, economic and institutional spheres. Beraca not only supports all of them, but is also aligned and works in order to contribute actively with seven of them: 01 - no poverty, 02 - zero hunger, 08 - decent work and economic growth, 10 - reduced inequalities, 12 - responsible comsumption and production, 15 - life on land, 16 - peace, justice and strong institutions. 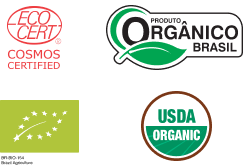 Fair For Life certification combines good socio-environmental practices with transparent and commercially just relationships. We establish long-term projects and actions to maintain stable and trusting relationships between our communities and customers.

For Life certification guarantees good practices implementation throughout the supply chain, ensuring our commitment to social and environmental responsibility. 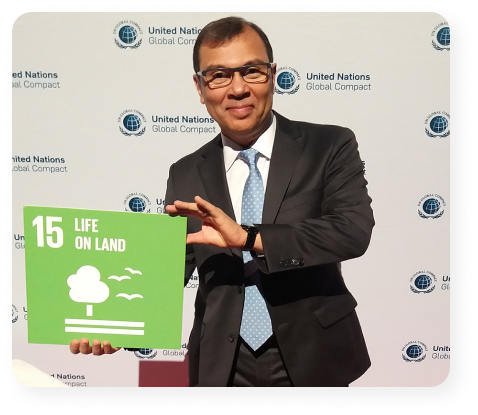 10 Business Principles for a Possible Amazon

Finalist in the 3º Fecomércio Sustainability Award

Finalist in the ODM Brasil Award

With the Out of Forest Project, developed together with local communities that collect andiroba seeds on the beaches of Ilha do Marajó, in the state of Pará, Beraca was among the twelve finalists, of the more than 900 projects subscribed to the World Challenge 2007 Award.

The World Challenge 2007 is a global competition promoted by the BBC in London, one of the largest communication channels in the world, and the North American magazine Newsweek, sponsored by Shell, which chooses projects and businesses that seek, in addition to their natural economic purposes, the social development of communities.

Beraca has been awarded the 2009 Seed Award for Entrepreneurship in Sustainable Development for its business project in Marajo Island.

The award was promoted by United Nations to recognize innovative projects that contribute towards sustainable and environmentally responsible practices in developing countries.

Beraca was considered by the Exame Sustainability Guide, 14th edition, as one of the most sustainable companies in the SME Sector, due to partnerships with its customers for the Amazon region communities socioeconomic developmentn with which it works.

Beraca was elected as one of the 50 most sustainable companies elected by Isto É Dinheiro magazine in the Environment category.

The 50 Good Companies survey, conducted by the magazine, seeks to highlight initiatives able to inspire entrepreneurs and executives in various categories.

Beraca was awarded as one of the 20 most sustainable companies by Revista Época.

Prêmio Época Empresa Verde award aims to recognize and encourage good environmental practices in companies, such as improvements in the production process, sustainable use of natural resources and progress of social policies.

The Finep Innovation Award recognizes and discloses innovative efforts made by companies, non-profit institutions and individuals, developed in Brazil and already inserted in the internal or external market, in order to make the country competitive and fully developed through innovation.

Beraca's Sociobiodiversity Enhancement Program® was the winner of the 2013 ECO Award in the category Strategy, Leadership, Innovation and Sustainability - for small and medium-sized enterprizes. The initiative was organized by Amcham, American Chamber of Commerce, and included the ten companies with the most innovative and sustainable cases in the country.

Beraca was one of the 60 finalists, among 1,090 subscription, for the practice Creating Opportunities Through Biodiversity, with the aim of ensuring environmental sustainability. The ODM Brasil Award is an initiative proposed by the Federal Government that encourages actions, programs and projects that effectively contribute to the achievement of the Millennium Development Goals.

Finalist in the 3º Fecomércio Sustainability Award

Beraca was one of the three finalists in the 3rd edition of Fecomércio Sustainability Award, in the Industry Category, with the project Creating opportunities through biodiversity and for the local community.

FecomércioSP (Commerce Federation of Goods, Services and Tourism of São Paulo State) developed the 3rd Sustainability Fecomércio Award in partnership with Fundação Dom Cabral in order to maintain its commitment to sustainable development and the third edition focused on innovation.

Exame Sustainability Guide - Most Sustainable Chemical Company of the Year - 2014

Beraca was considered by the Exame Sustainability Guide, 15th edition, as the most sustainable company in the Chemical Sector through a project to support low-income communities in Piauí to have access to drinking water and education.

Beraca was highlighted by the Exame Sustainability Guide, 16th edition, at the Relationship with Communities category in the Chemical Sector for its performance as a producer of natural ingredients from Brazilian biodiversity.

Beraca was considered by the Exame Sustainability Guide, 17th edition, as one of the most sustainable companies in the Chemical Sector due to its search for a 100% traceable supply chain, promoting a fairer relationship for the communities. Beraca was also highlighte at Relationship with Communities category.

Ulisses Matiolli Sabará, Beraca's president, was recognized as a Local SDG Pioneer during the UN Global Compact Leaders conference. Ten business leaders and transformation agents engaged in stimulating actions and businesses aligned with the 17 Sustainable Development Goals (SDGs) were announced, which were chosen from more than 600 applicants from 100 countries around the world.

Brazil is the only country to have two recognized names, and Ulisses Sabará was selected due to his efforts aligned with Objective number 15 - Life on Land, dedicated to protecting, recovering and promoting the sustainable use of terrestrial ecosystems, managing in a sustainable way the forests, combat desertification, halt and reverse land degradation and halt biodiversity loss.

Beraca was considered by the Exame Sustainability Guide, 18th edition, as one of the most sustainable companies in the Relationship with the Community Category for its work with the Sociobiodiversity Enhancement Program, which connects the raw materials extractive communities with the main cosmetics manufacturers in the world.

In more than a thousand subscriptions, Beraca won the second place, in the For-Profit Organizations category, in the National SDG Brazil Award, which aims to encourage, value and provide visibility to practices that contribute to achieve the 2030 Agenda objectives and goals for Development Sustainable in the Brazilian territory.

The edition was held by the National Secretariat for Social Articulation of the President Government Secretariat and has institutional support from UNDP, A Gente Transforma Institute and the Rosenbaum Office.

Beraca was considered by the Exame Sustainability Guide, 20th edition, as one of the most sustainable companies in the Chemical and SME Sector due to the raw materials range expansion, including leaves, roots and resins, further strengthening its relationship with the production chain.

Beraca participated and was elected to the case repository in the Big Push for Sustainability Project developed by the Economic Commission for Latin America and the Caribbean (ECLAC) which maps case studies to aim the generation of learning opportunities among peers, surveying and analyzing lessons learned, identifying of the conditions for viability and diagnosis of opportunities and challenges for the construction of a sustainable development style in the country.

The Economic Commission for Latin America and the Caribbean (ECLAC) from United Nations developed the Big Push for Sustainability, an approach to support countries in the region in building more sustainable development styles through policy coordination that leverages national and foreign investments to produce a virtuous cycle of economic growth, generation of jobs and income, reduction of inequalities and structural gaps and promotion of environmental sustainability.

10 Business Principles for a Possible Amazon- 2020

Beraca was highlighted at the 10 Business Principles for a Sustainable Amazon guide, promoted by the Possible Amazon Initiative, as a case of good business practices already implemented in the Amazon region. Through the Sociobiodiversity Enhancement Program, created 20 years ago, Beraca mainly promotes the third principle proposed by the initiative: adopting corporate policies and a business management plan that promote sustainable use of nature resources and preservation of biodiversity.

The Possible Amazon Initiative launched the 10 Business Principles for a Sustainable Amazon guide. The document provides the fundamental points for companies that operate or plan to operate in the territory in a responsible manner. It is possible to reconcile economic development and preservation. A movement of the Coalition Brazil Climate, Forestry and Agriculture, Brazilian Business Council for Sustainable Development, Arapyaú Institute, Ethos Institute, UN Global Compact Brazil Network and System B.